Could abnormal people have Normal lives? 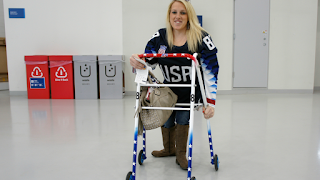 As the saying goes on "difficulties in your life do not come to destroy you but help you to realize your hidden power and potentials". Our world is full of gallant people who did not let difficulties and their handicap hinder them rather they showed the world that being handicap is not the problem but the problem is that something is impossible for you. We will not go far because we have got such inspirational people around us. One of the legend cricketers the world has ever seen no one other than "Shoaib Akhter" who told the entire world with his speed and talent that he is second to none. He is suffering from polio form his childhood. Unlike normal people he cannot bend his foot while running and walking but this running is the thing which later made him "Rawalpindi Express". He turned his weakness into his strength. He never tried to showed that he is physically disable.

There are lot of other people around the world who have proven themselves beneficial for the world by their will power combined with support extended by people around them. Our history also witnesses lot of such brave people besides, their physical disabilities, lived a happy and respectful live and also served the humanity in much more better way then a physically normal person could ever do and Helen Keller and Stephen Hawking are the testimony to this claim. 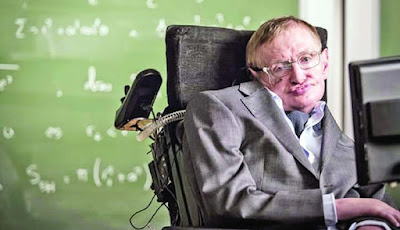 But the question arises that should physically disabled people also be provided with same opportunities as normal people are provided with. If yes then why? Undoubtedly, disabled people have the same rights as normal people have. They should be provided with opportunities to grow themselves and live their life with peace and respect. This earth belongs to them equally as it belongs to us. Normal people does not own this earth. They are also the creatures of God Almighty but the only difference is that they are less privileged compared to healthy people.

Moreover, the way we demand equal rights and equal opportunities for our selves in the same way being human they share the same needs and demands. Furthermore, these people are form of test which God is taking from his normal people. If we are to pass this test and prosper in the eyes of lord then we have to help and respect disabled people. And it is our moral responsibility to help them and stop insulting them instead we should give them the possible uplift and courage which we could give.

In the social and moral uplift of special people the most important role can be played by the government. It is required to build technical institutions where disable people could be taught many life skills which they could utilize in the best interest of themselves and in the interest of the country. Moverover, they should not be seen as a burden and their should be strong rules against those who indulge in bulling them and the culprits should dealt with strict rule of law.

The other role is of general public who could also lend their helping hand in order to help these special kind of people in our society. Everyone in his or her own capacity can give or support these people. We should assure them that they are no less than any one and they can do any thing if they have the will power instead of degrading them. If public will teach their children to respect and love special people from childhood then the long standing issue will no longer exist.
Could abnormal people have Normal lives? 2019-02-18T19:20:00-08:00 Rating: 4.5 Diposkan Oleh: Universal Tools

Which Field to Select after Intermediate?

Today we are going to discuss an utmost topic in this article, which will surely fascinate you. Many juniors come to me and ask, “Ho... 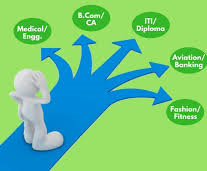